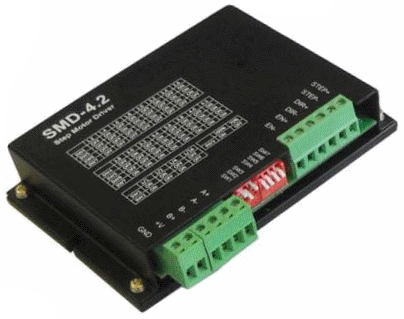 In this article, I talk about STEP/DIR stepper motor drivers, the advantages of using them, and the STEP/DIR control interface.

In previous lessons, to connect stepper motors to the Arduino board, we used simple drivers-switches, which, according to signals from the microcontroller, switched the motor windings. All the logic of the operation was implemented in the microcontroller program.

The advantage of this solution is obvious - simplicity and minimum of hardware. Just four transistor switches for unipolar stepper motors or the L298N chip for bipolar ones are enough to control them. And the phase switching program is not complicated, it does not take up a lot of microcontroller resources. Another way for controlling stepper motors is to use STEP/DIR drivers.

STEP/DIR driver is a hardware stepper motor control module that uses the STEP/DIR protocol to communicate with the microcontroller.

Current stabilization of the phase windings.

The main disadvantage of simple stepper motor drivers is the lack of stabilization of the winding current.

In previous lessons, I have already touched on this topic.

We connected the windings to the power source in the simplest way - through transistor switches. 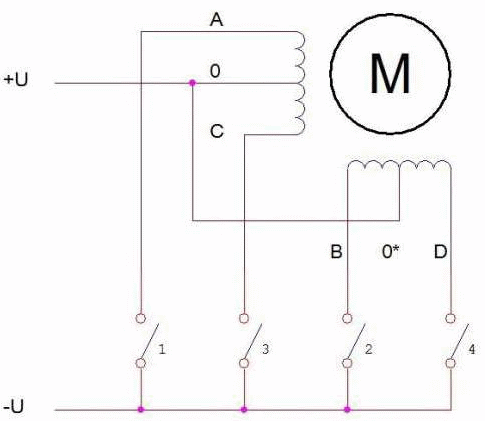 What are the disadvantages of this scheme?

The direct current through the winding when the switch is closed is determined by the Ohm's law:

In the previous lesson, I used a motor with a winding resistance of 1.65 ohms. If I connected it to a 12 V power supply, the current would be over 7 A. The motor would just burn out. To provide the required phase current of 1 A, the voltage of the power supply must be 1.65 Ohm * 1 A = 1.65 V. I do not know where to get such a power supply. In addition, a voltage drops on the closed swithes comparable to the voltage on the winding, which must also be taken into account in the calculations. And it is not stable and not strictly defined. No acceptable options are visible at this power supply voltage.

To connect such a motor, I used limiting resistors in series with the windings. 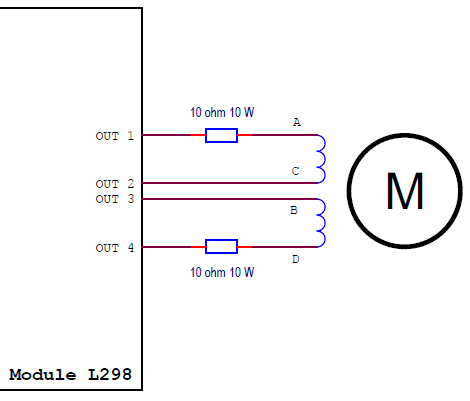 The formula for calculating the phase current looks like this:

But with such a scheme, significant power can be released on the limiting resistors, often exceeding the power consumed by the motor. On low-power engines, this option is more or less acceptable. As the motor power increases, it becomes questionable. In the circuit from the previous lesson, each limiting resistor dissipated power up to 7.4 watts.

And this is for a phase current of 0.86 A and only on one resistor. Even on this engine, practically unacceptable losses.

Simple drivers can be used with a limited number of motor types, or with low-power engines.

The second disadvantage of simple switches-drivers is associated with the rate of current rise in the motor windings. In lessons 28 and 29, I connected the FL57STH76-1006 unipolar motor through transistor switches to a 12V power source. The motor winding resistance is 8.6 Ohm, the inductance is 14 mH.

Let's see what form the phase current will have for a rotation speed of 1 revolution per second. This speed corresponds to a phase switching period of 1 sec / 400 steps per revolution = 2.5 ms.

I simulated the circuit in the SwCAD package. 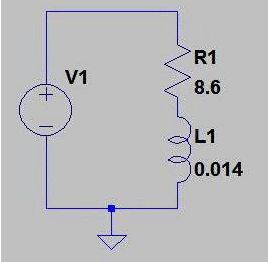 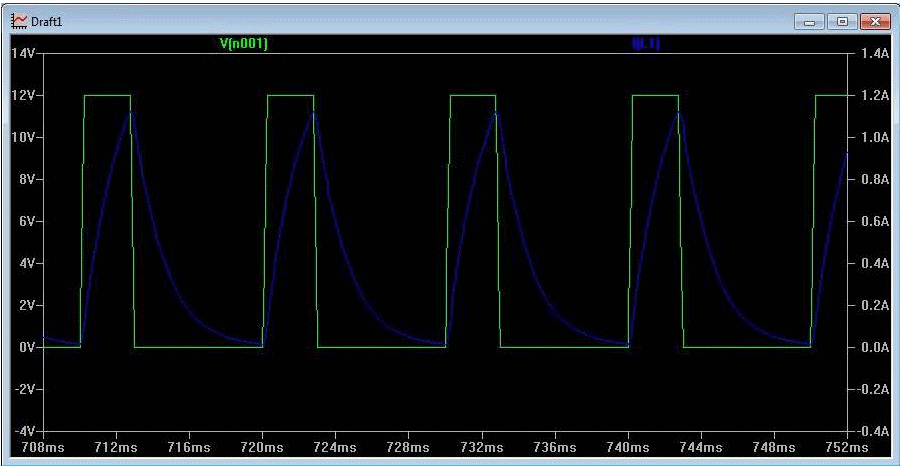 The diagram shows how the current rise through the winding (blue) is delayed in relation to the voltage across the winding (green). In the previous lesson, I calculated that for this motor, even with zero resistance of the windings, the phase current will reach 1 A in a time:

For stepper motors, this is the ideal law for controlling the winding currents.

Of course, we are talking about switching regulators with high efficiency. The power section of the current stabilizers in the motor windings practically consists of switches only. The role of the smoothing filter is performed by the inductance of the winding.

It is quite problematic to implement current stabilization on the control microcontroller. For example, at a speed of 10 revolutions per second, and the number of motor steps per full revolution equal to 400, the duration of the phase switching pulse is 250 μs. During this time, the PWM regulator implemented in the microcontroller program will not have time to perform the current stabilization functions. Approximately every 10 μs, it is necessary to measure the phase current and calculate the new value of the PWM. But it is necessary to implement two separate regulators for different windings. And the rotation speeds can be higher.

In addition, stabilization of the phase current is necessary when implementing a micro-stepping motor control mode. To install the rotor in a certain position between the phase poles of the motor, it is necessary to provide a given proportion of the winding currents. In the article about the TB6560 driver, you can see the diagrams of the phase currents for the micro stepping mode with 16 gradations. The current stabilization accuracy must be high enough.

De facto, this is the main interface for controlling stepper motor hardware drivers. Three signals are used to communicate with the microcontroller.

The pulse frequency of the STEP signal determines the speed of rotation of the motor. There are, of course, limitations on the maximum pulse rate of the STEP signal and on the minimum pulse width. The driver must have time to receive, select and process each pulse. A real motor will add its own speed limits related to mechanical parameters, winding currents, number of poles, mechanical loads, etc.

DIR is a signal that sets the direction of rotation of the motor. Typically, when the signal is high, the motor will rotate clockwise. The DIR signal must be generated before the STEP pulse.

ENABLE - signal for enabling the driver. The inhibiting signal level removes the voltage at the driver output. The logic of the device does not change. The signal is used to stop the motor in no holding current mode. The rotor position is not fixed. The permissive level of the ENABLE signal is low, i.e.  no voltage. If the signal is not used, then you can simply not connect it, leave the driver input ”in the air".

As a rule, all STEP / DIR driver signals are galvanically isolated using optoelectronic components. Switching of the motor windings causes significant pulse interference in the power supply circuits and leads to a shift in the voltage levels of the common (ground) wires of all electronic modules of the system. Under these conditions, galvanic isolation of the control signals is absolutely necessary.

I will summarize the positive qualities of STEP / DIR drivers. 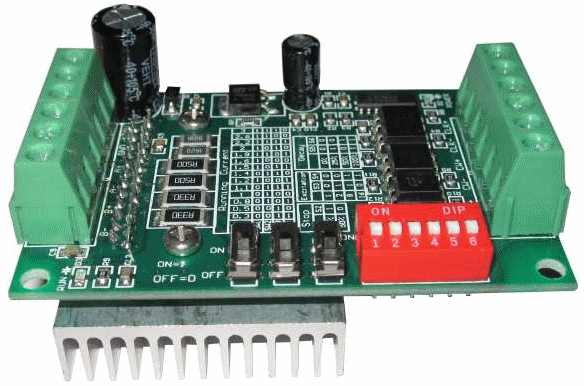 This is one of the most inexpensive STEP / DIR drivers. However, it provides all the functions and modes listed in the article.

In the next lesson, we will connect this driver to the Arduino board. I will introduce the STEP / DIR driver control library.